21 lessons I learned from living in Japan 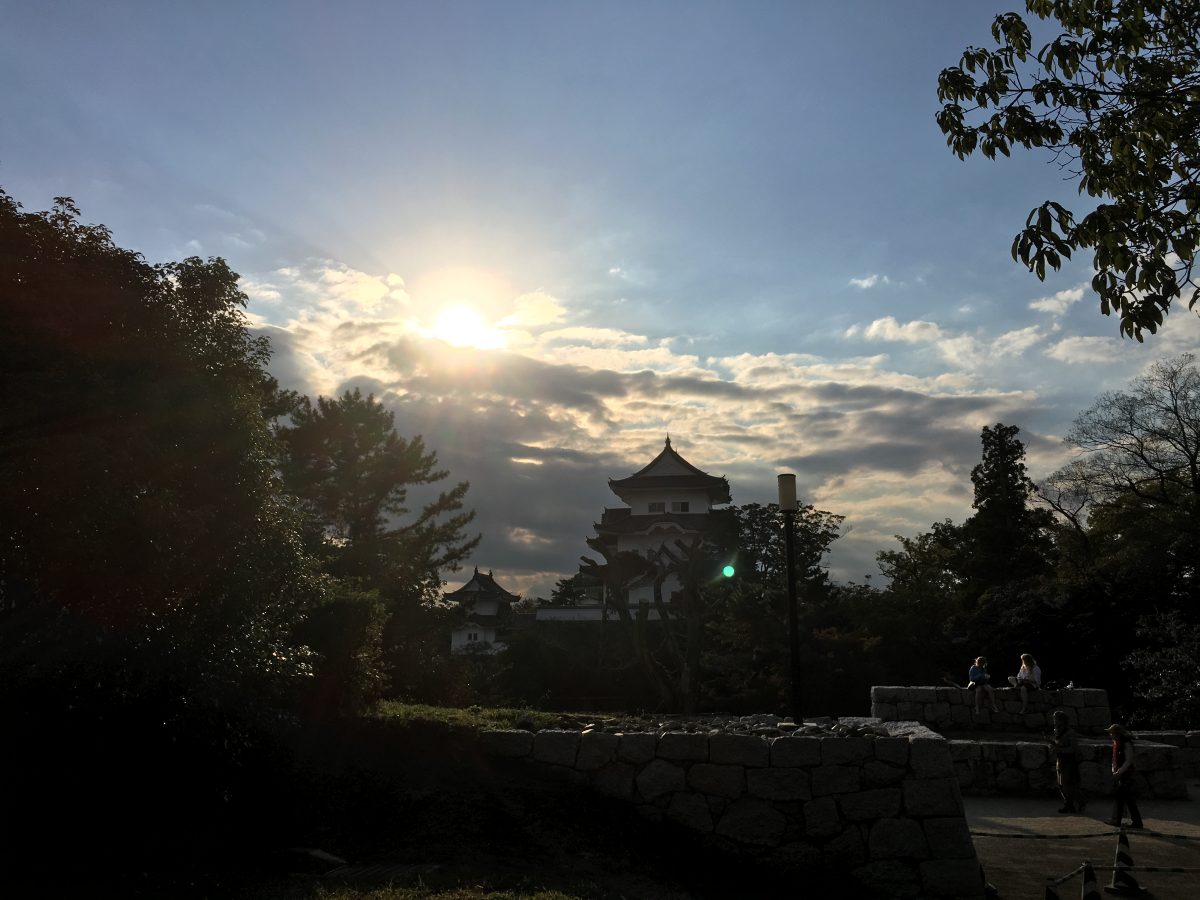 England was all I knew. It was all my family knew. And then everything changed.

One day I was told that we were moving to the Philippines.

Being seven at the time, I had no clue what that meant, but I found out as we made it our home for six years.

I was just getting comfortable, when I was told again that I’d be moving. I wasn’t happy. However, it turned out to be one of the best decisions we ever made.

Thailand is where I spent my high school years and it has a special place in my heart, but when it came time for college, I knew where I wanted to go – America. Land of the free, home of the brave, Disneyland, Michael Jordan and all that jazz.

Little did I know that I would end up here, in Japan.

Now, looking back, it’s hard to believe that it’s going on 21 years since I first stepped foot in this country.

Amazingly, I’ve lived here longer than all the other places combined.

So today I thought I’d take a look at just what lessons I’ve learned from my time in this wonderful country. 21 years, 21 lessons.

21 lessons I learned from living in Japan

When we’re kids, size matters. We’re always hungry, so most of us don’t appreciate a fine French dinner. Give us burgers and fries any day.

I still remember thinking how small my steak looked when I was taken to a steak house here in Osaka. Did it taste good? Heck, YES!! There was only one problem, I was still hungry. Fast forward to today, and I find it, as Goldilocks would say, “Just right…”

I LOVE American houses. There’s so much space. Mancaves, walk-in closets, swimming pools, greenhouses, and a backyard big enough to play hide and seek in are not uncommon.

Here, in the big cities anyway, things are quite a bit smaller.

I can finish vacuuming my apartment in less than ten minutes to give you an idea of its size. The house we’re looking to buy is probably double this.

So no pool, mancave, backyards, greenhouses. However, they sure have a few nice surprises us their sleeves: washlets, oidaki, hidden storage in the floor, pull down cupboards, and tatami mat rooms are just a few of the things you’ll find in your Japanese homes. And once you’ve seen them, you won’t be able to live without them.

This is a biggie. I never realized just how important feeling safe is, but when you are free to walk around at night pretty much anywhere, without fear, it’s a pretty awesome feeling. I felt the same way in Thailand, but here it’s a whole other level. And when you’re a parent, it’s one less thing to worry about.

This isn’t something I ever noticed, but a few of my American friends pointed it out to me. Japan, each summer, has some new “limited edition” drinks. This on top of the already plethora of drinks that exist. It’s pretty interesting, considering soups are rather limited here in the supermarkets.

To piggyback on this, vending machines here are unlike any you’ve ever seen before stocked with a whole variety of things. Which shocks westerners the most? That’s a tough call, but I’m going with beer and sake. It’s hard for us to believe that anyone could grab a cold one, any time of the day.

Click here to take a look at some of the more interesting vending machines here.

I used to think that America was the king of beef. Then I came to Japan and tried Kobe beef. The rest is history.

I love a good roll at some of the sushi joints in LA, but when it comes to plain sushi, Japan is still king.

I was surprised to see students as young as ten studying at cram schools till 9 or 10 at night. And it only gets harder from there (with college being the exception). They take few holidays, are often expected to work overtime (without pay for full time workers) and often devote themselves to work. It has changed as of late, but don’t be surprised if you see a few tired “salarymen” sleeping on the train in the morning or late at night.

I always thought toys started in the US and spread from there. Little did I realize that many of the most successful toys and games originated here: Tamagochi, Pokemon, Yokai Watch, Mario Brothers, Playstation, and DS. As for fashion, it’s said that Yokohama is where fashion begins.

Women, especially from college, take pride in their make-up here. They wake up early just to do it. Thirty minutes is what I’m often told is how long the average woman here spends putting make-up on. Just head out to one of the trendy areas in any big city and your draw will drop. Every time I head downtown, I think the time they invested in getting ready was worth it, and I appreciate it.

I never really got why Japanese people liked rice so much. It was my wife who introduced me to Koshihikari rice, and I was hooked. Now I go a few days without it. My son, who was born and raised here, can’t go more than a day without rice. Rice really is that good, and one of the reasons why I’ll probably never leave.

A lot of foreigners want Japan to change, but Japan has been around for over 200o years. They have their own way of doing things…which, while different, are worth learning from.

Japan is a mixture of old meets new. While the busiest areas continue to get more and more high tech, the countryside is like a step back in time. It’s fabulous that just a short two-hour drive from the city will put you in the mountains where you can enjoy swimming in the mountain rivers away from all the hustle and bustle of the city. No computers and wi-fi is almost non-existent. If you’re looking to get away from it all, Japan has more than a few places to satisfy you.

I admit McDonald’s makes some pretty dang good fries, but when it comes to fast food in Japan, MOS Burger takes top spot. Their strawberry milkshake is great, their food fresh, and their rice burger quite tasty. Hard to get a better lunch for under $6.

Never really like veggies, until I came to Japan that is. Thanks in part to my wife’s cooking, I love me some vegetables. They may be a bit pricey, but they are SO worth it.

I love the fact that here, I pay my monthly health bill, then when I need to go to the hospital, I just show my card, and I get 70% off. It’s a painless procedure. No hassle. No arguing with an insurance company for months trying to get your money back. It’s great.

A word to the wise, be sure you bring a book or something to do for about an hour or two.

I used to think I COULDN’T learn a language. Living here has taught me that anyone can learn anything, the easiest being a language. Language is simply how we make sense of the world around us. Our brains are wired to learn language, all we need do is program it. Thanks to my time in college here, Japanese became my second language.

And since I’m on the topic of language. My time here has taught me that a language is not just a bunch of words put together, but rather words that convey our cultural history and character.

Surprisingly few people here actually speak good English. And there aren’t that many Westerners here. It’s something like less than .5% of the population. Here, I’m special. I’m somewhat of a commodity and it feels good. More than a few times I’ve felt like Tom Cruise. Me?! How awesome is that.

Japan is known for being expensive. Tokyo has come in first in Forbes most expensive cities list something like 18 out of the last 20 years, but what people don’t realize is that if you remove land from the equation, Japan is actually quite reasonable. Sure it helps that the houses aren’t huge, but still, I was able to enjoy a good life on the salary of a teacher.

This is something not many people are aware of. Tourists can actually get an unlimited rail pass for the JR railway, which includes the Shinkansen. Last I checked it was $200 for a 2-week pass. Now that’s pretty damn good, considering you can go from Hokkaido all the way to Kyushuu.

Tokyo may be the capital, but to me Kansai is the place to be. There’s Kyoto, the old capital with over 100 temples, it’s a must-see for any tourist. Nara, more temples. Osaka has shopping and food. And then there’s Kobe which is set between the mountains and the sea and is considered second only to Yokohama when it comes to fashion.

So there you have it, my 21 lessons I learned from living in Japan.

Starting out in a small town, I never in my wildest dreams figured I’d end up in Japan.

That’s the joy of life. You never know where it’s going to take you.

laughter is the best medicine
February 5, 2014