lessons from comics and the power of belief 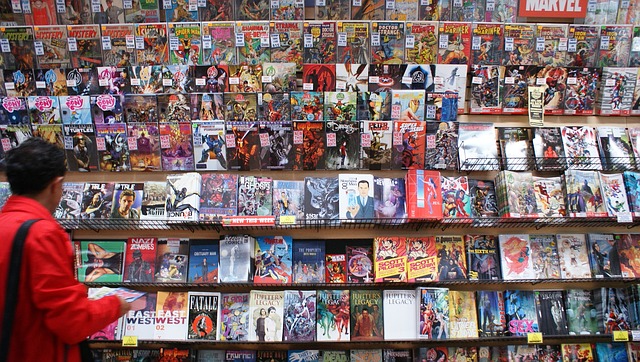 As a child I always love to read comic books.

Before I could read, I would jump onto my dad’s lap and beg him to read titles such as “Rom” or “The Avengers” to me.

I loved looking at the pictures and listening to my father’s narration even if I didn’t understand half of what he said.

I marveled at all their superpowers – flying, intangibility, heat vision, super speed, lightning fast reflexes, agility, invulnerability, cosmic power and many many more.

Back then, my friends and I didn’t have the Xbox or the iPad to entertain ourselves, so we made so with our imagination and I still remember playing imaginary superheroes at a friend’s house. Those were good days.

I can’t remember his favorite character, but mine was the Silver Surfer.

Who he is and what powers he had are irrelevant for this post, so I won’t bore you with them, but suffice to say he was powerful and fast.

Many parents see comics as a waste of time, but personally I find them to be fascinating.

Some of the scripts are very well written, a few even Hitchcock-like, as in the classic comic (and movie) Watchmen.

The comic universe is not bound by laws of physics and therefore the sky’s the limit when it comes to creativity.

They take us away from reality and allow our imaginations to run wild.

All the while children can learn vocabulary and some powerful lessons of life, especially as comics over the years have tackled a variety of very serious topics from alcoholism to divorce to death.

For me, what I loved most was that the good guys always found a way to win no matter the odds.

Batman, a character with no superpowers, always relies on his ability to outsmart his vastly more powerful opponents.

No matter how bleak things seemed he always believed there was a way. And he was right.

In the world we live in, when good does not always triumph, it is nice to be reminded that evil is no match for good.

So what does this all have to do with success?

Just the other day I was talking to a client when I came to a realization – that belief is the single greatest element to our own success.

Believing is where action begins.

Why not? Because our own disbelief will prevent us from putting the necessary effort into creating the results we desire.

I sent my book, iSucceed, to a few friends that I’ve know for years, but only a few of them ever bothered to read it.

For some it was put on their bookshelf where it began gathering dust and for others it just disappeared.

Why? Because that’s just what people do.

Some say they’ll read it later and never get back to it. Some simply don’t like reading. Some just believe that a self-help book is all mumbo-jumbo.

In essence, those who didn’t read it didn’t believe that it was worth their time to go through it.

While I wholeheartedly believe that everyone from young to old will get something from my book, I understand that reading, especially self-help or business books, for many people, is a chore.

But that doesn’t deter me because I believe in the principles contained within it and do everything I can to share those ideas with others. That’s what this site is all about.

Having read over 300 books in the past 5 years along with about 150 audio lectures and 100 DVDs I know that not everything an author or speaker shares with others will have an effect on their lives.

However, I do believe that in each piece of learning material there is at least one nugget of knowledge.

Sometimes it’s a technique of dealing with people, sometimes it’s simply a powerful quote. An idea, a new perspective, a piece of advice, a good question.

Whatever it is these days I open each new material with excitement and anticipation that I will find something of value contained inside.

And guess what? I always do.

In many ways it’s like mining for gold – you have to move a lot of dirt to get at the gold, but once you find the gold, all the digging’s worth it. But the key is believing you will find it. That’s what keeps driving you despite the setbacks you might run into.

It all starts with believing.

Comics, remind me to believe that even when the odds are stacked against you, you can always find a way.

It’s like the Bible says, “All things are possible to him who believes.”

Never underestimate the power of belief. (or comics)

ps. I have included another post I came across when scouring the Net that relates to superheroes as well so I thought I’d share that with you as well.

Discover Your Superpowers, And Stop Obsessing About Your Kryptonite

Aquaman has the unique ability to control and communicate with sea creatures. Invisible Woman can–you guessed it–become invisible at will. In fact, each of the superheroes we grew up with and admire have one or more superpowers.

Turns out that most highly successful people, both mythical and real, have their own secret weapon. From Zeus to Warren Buffet, Serena Williams to Mark Zuckerberg, Oprah to Derek Jeeter, each has their own secret sauce. It’s a unique gift that makes them powerful, compelling, and remarkable.

The good news is that you have your own superpower, too.