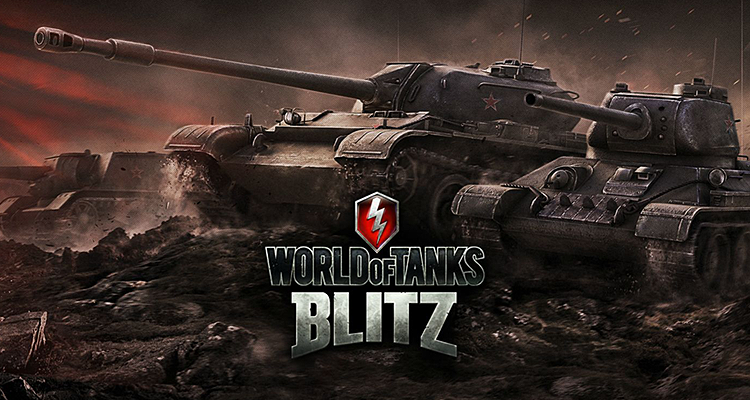 Have you ever wondered how all those free games make money on the iPad? What’s their secret?

Some app creators have made millions thanks to advertising, but last year when I was introduced to the game World of Tanks Blitz by a friend of mine, I was blown away how a game of such caliber could afford to be free.

We’re talking about a game with incredible graphics, seamless gameplay, and realistic physics.

Buying such a game on a console such as the Playstation or XBox would easily run you $49, so just how do they make money.

Its success intrigued me from a marketing, business perspective so I figured I’d give it a go. And besides, it gave me an excuse to chat with my friend online. So part business, part pleasure I downloaded the app and away I went.

It took me about a month to understand how it had become a cash cow, but now completely get why people are willing to part with $25 a month?!

World of Tanks has mastered the secret of money making on the iPad and its success is something every entrepreneur or business owner can all learn a lot from.

On the surface it seems like any other game. Two teams of seven tanks. The game ends at the end of seven minutes or if the opponent’s force is completely wiped out. Pretty standard stuff.

Now let me explain its genius in 11 simple lessons.

It takes a little time to understand how to control your tank, but within a few hours of playing you’ll get the hang of it.

Lesson 2: Make it easy to play

Each tank starts of with a basic package (gun, turret and suspension, crew), but through playing and winning games you can earn experience to upgrade your tank. Once you have fully upgraded your tank, it moves better, inflicts more damage and gives you a sense of satisfaction.

There are about 10 tanks per level (different armor, speed, guns) and 9 maps (added to over time) that allow for a variety of strategy and game play. No two games are ever the same.

As you progress, the games do get harder and people must work together to defeat their opponents. People learn to avoid certain tanks and develop strategies to help them win games.

Over time you learn that different tanks have strengths and weaknesses and want to buy those that suit your style of play. In the higher levels, lower level tanks often get dominated which both frustrates people and makes them want newer, better tanks.

Over time we naturally improve and start winning more games. Wining comes with a great sense of satisfaction, especially when you annihilate your opponents. Or even more so, when you win a game when the odds were stacked against you.

However, as you improve, the harder tanks you’ll be put in games with. Making it harder to win. This makes you want to upgrade your tank to the next level.

Now you’ll notice so far, none of these strategies (except lesson 9, because you can buy a good level 8 tank) will actually make people part with their hard earned money. Myself being one of them. However, it is the last strategy that even has made me consider spending $25 for a one time purchase. So what is lesson 8 and the secret ingredient to their success?

Lesson 10: Make the games expensive only in the high level games

Each game costs money, but you start with more than enough to keep you playing for a few weeks. Then you hit a snag. From levels 1 to 5, you pretty much earn money every time you play a game as long as you win (and even if you lose if you play well enough). However, from level 6 suddenly, you start losing money.

Not only do games cost you money, but your improvements slow down dramatically in the higher levels. Double whammy.

So what do people do? The more frugal of us, go back to lower level games to earn money to play the higher level games. Other people can’t or don’t want to spend the time…and simply pay $25 for a month of premium which allows them to earn more money each game.

The designers only allow people to earn level 9 or 10 tanks. You can’t simply buy a tank that will allow you to win every game you play. But they do allow people to buy a good level 3, 5, 6, 7 or 8 level tank (aka, gold tanks). Even gold tank players will eventually feel the need to earn their own level 9 or 10 tanks, which they must start at the beginning like everyone else.

Truly an ingenious game from a business perspective.

They have applied numerous psychological attributes that have helped make it dynamite on the iPad.

World of Tanks Blitz has mastered the secret of money making on the iPad, and every game app designer should learn from.

Oh, and one last lesson.

Over time, you get to know other players. Some people even change their game names to reflect they are part of a team. Oh, and did I mention that it costs $25 just to change their name?

Above all, this last lesson is one that has made companies billions. Think Pokemon, Mario Brothers, World of Warcraft, even Apple. Fans of these things are almost cultish, willing to spend money over and over to get the newest and latest stuff put out. WOT (World of Tanks) players even have their own lingo to use within the game as I found out.

Put this all together and you have all the ingredients for a mega-hit.

How important is marketing to a business?
October 14, 2014

7 marketing masters and their number one secret
July 10, 2013
Go to Top