gratitude is where it all starts 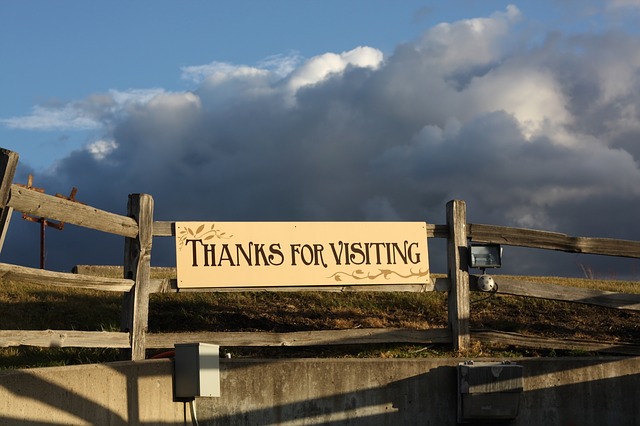 Gratitude is one of the 10 principles which I discuss in my book, iSucceed.

So when a good friend made the comment that he appreciated all that he had in his life today, I asked him if he would be so kind as to share part of his story here on isucceedbook. He kindly accepted.

While I did try to write an intro for this story, I believe it stands on its own.

His story is a reminder that we should all take a little time to appreciate everything we have.

Appreciation and what it means to me.

First off, I’m a complainer, word class even. I’ve had a rough life and therefore tend to take a negative view on things.

Yet even I, world class complainer that I am, has to take a step back once in a while and take a good long look at where I am and where I have come from.

For example, the other day I was complaining about how I don’t like some random things about the place that I live.

Trivial little things like that, and sometimes I will just suddenly stop myself and say, “look around, look at this amazing place you live in. Remember that little place in Hollywood you lived in for many years?”, and suddenly all these memories come rushing back.

I want to share with you a few stories that aren’t really that long ago.

I used to live in a gang neighborhood in Hollywood, CA, in these little old run down bungalows that were once owned by Paramount Studios back in the film hay day.

The owner of the bungalows did nothing to keep them up, and they were in dire need of repair, but I guess if they hadn’t been so horrible I could have never been able to afford to live there.

You get what you pay for, I suppose.

I just didn’t expect to live in such a place.

Everyday when I would come home from work I would have to walk through a group of gang members just outside my building door, sometimes 10 or 15 of them.

They didn’t really bother me, but I always knew that the only reason they didn’t bother me was just luck, or the thought just hadn’t crossed their minds.

I knew that they were up to a lot of bad things, because at night I could hear them talking outside my apartment, sometimes fighting, breaking things or spray painting the walls.

They did rob one of my friends for his bass, and stabbed him just under his eye, even after he gave the bass to them, so I mostly just kept my head down and tried not to make eye contact.

But that wasn’t even the worst part. The other neighbors were horrible as well.

They would drink and smoke all night long, pass out with the stereo full blast and some would even put the speakers for their stereos in their windows facing out so that they could dance outside.

In the morning there would be vomit on the sidewalk, drunks passed out sometimes, and kids playing around it all.

The neighbor in the apartment bellow me passed out twice while smoking and almost burnt our building down.

I couldn’t even see my hand in front of my face for all the smoke in my apartment. The worst though were the bugs and mice.

I had so many bugs in my apartment that I was forced to put 100% of my food in the refrigerator.

I didin’t have much money to buy food anyway, so that wasn’t that much of a problem. I mostly ate fast food.

I couldn’t tell you how many mice I caught and did I mention that my windows would close all the way? Gun shots a few nights a week? Police search helicopters and their spot lights? The club that was only about 75 steps from my front door and how loud it was at night? On and on and on.

Ugh, that was a long time ago, and I’ve come a long way since then, and I suppose after reading a story like that you expect to hear something that how good I have it now.

What I want to focus on is this, the story above sounds bad to some and maybe to others it doesn’t sound that bad at all, and there in lies my point.

The story above is bad, but if I had taken the time to just step back and look at things, maybe I could have seen how decent my life really was.

First, I was living in Hollywood California. A dream destination for many people and for me it was just my back yard, I was local and everywhere I went people knew me.

I also had a job, not a good job, but I was able to pay my rent.

I did have an apartment that kept me out of the cold and heat.

And although it wasn’t the cleanest, or the safest place to live I did Ok. Many people in this world would be happy to have been in my situation.

There are people right now who don’t know where there next meal is coming from.

They live in places that are war torn and even in the best of times violence is a daily occurrence.

There are places right now where people still have dirt floors, so bugs in their homes is the least of their concern.

So many other horrible situations all over the world that I can’t possibly name them all.

Just because someone else has it worse make my story any less important? No, but I’ll tell you what is important.

No matter how bad or good you have it, everyone should take time to step back once in a while look around and appreciate what they have.

Appreciate the family around you, or the solid wall between you and the elements, the kindness that anyone even a stranger shows you, the fact that you woke up to live another day.

Just appreciate it all once in a while, and I’ll be the first to admit that it’s hard to do.