Angry Birds – all it takes is one simple idea 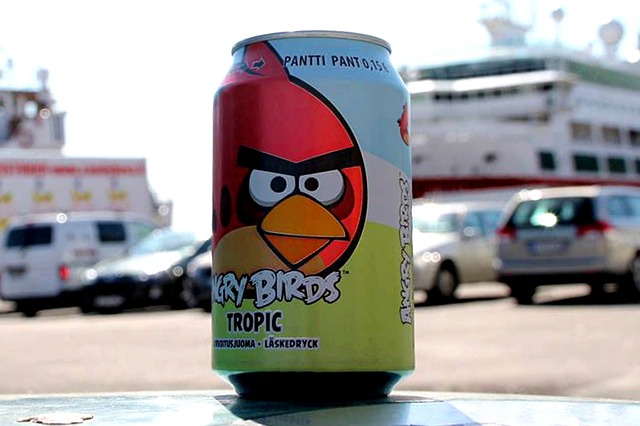 When we read about others achieving their dreams, it inspires us which is why from time to time I choose to share with you stories that amaze me.

Success stories give us hope. If they can do it, we can do it.

And yet, very few of us can ever imagine creating a company as successful as Facebook, Apple or Google.

They all started small but grew thanks to their leader’s vision.

What would Apple be with Jobs? Facebook without Zuckerberg? And Google without Sergio and Larry?

Each of their companies started with an idea.

Another such company had an idea. Create a cute game for the iPhone.

You may have even played it – Angry Birds.

It was nothing short of a run-away hit. Every new iPhone user would at least download the free app to play with and then at $1.99 many chose to get the full version.

The company became a major player in the industry with one major hit. About birds. And pigs.

It really can be that simple.

Great idea. Great story. Great marketing. And voila, you have a success story.

But that’s not the end of the story.

Just the other day a tagline caught my eye on Yahoo Finance – Angry Birds Creator Rovio Eyes $1B IPO in 2012.

The article went on to say that Angry Birds creator Rovio Entertainment may go public as soon as next year and according to Rovio’s chief marketing officer is worth around $1 billion.

Peter Vesterbacka, Rovio CMO, told Bloomberg Television that the company will launch an IPO “maybe a year from now.”

Rovio earns its revenues from in-game purchases and Angry Birds merchandise, including plush toys and baby products. The company is also planning an Angry Birds movie and TV programming.

What I have found is that many success stories are somewhat linked to time. Rovio saw the potential of the iPhone market and took full advantage.

Thanks to their success and that of a few other entrepreneurs, many others have joined the fray in hopes of a piece of the pie.

Tony Robbins once said that being first to a marketplace is often instrumental for success.

It often cements us as the industry leader.

And Robbins himself would know because he redefined the self-development movement by creating 4-day training seminars. People told him that people wouldn’t be willing to take 4 days off to attend a seminar. People were too busy. He proved his naysayers wrong.

Coke has dominated soft-drinks for as long as anyone can remember. Even through their New Coke debacle they still remain one of the three most recognized brands in the world.

Apple created the tablet in the form of the iPad and their market share was close to 90% in 2010. So far no competitor has even come close, but with the release of the Kindle Fire which is on sale next month I’m sure we’ll have a serious battle on our hands.

The iPod, the iPad, the XBox, the Prius, quite possibly the Kindle Fire and let us not forget Angry Birds.

All ideas. All success stories.