a story of life, death and love 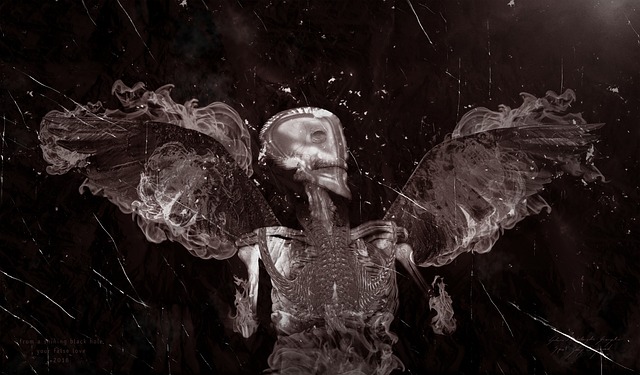 Time passes so slowly as a child.

We can’t wait to grow up. Then we start working, get married, have children and suddenly we ask ourselves where it all went.

When you try and savor every second of it, it speeds up. Then there are times when, an hour can feel like an eternity.

Time ignores age, sex, background, religion, color and whatever category you can think of. 24 hours a day is all anyone of us is ever given.

A clock that most of us never know is there.

Today’s post is about one person who knows the clock is ticking.

For most of us death sneaks up on us.

That was what happened with my father. He went to sleep one Friday night, he never woke up.

It came as a shock to all of us that knew him. A man with a smile that could light up the room and always knew what to say to make others feel welcome.

But his time had come.

That’s how we all hope we go – having lived a good life, been around people who loved him and leaving behind a legacy in me and his grandson.

Not everyone is so lucky.

Some of us have to face that death is ever so near and today could very well be our last.

Now a friend who I attended school with is faced with just that.

If anyone can beat what she has I believe she can. She’s always been strong and when I read about her in an article that appeared in The Goshen News I was moved to hear how she’s dealing with life.

Since I’d rather not paraphrase, I have included the entire article below as it’s a well written piece that is sure to bring a tear to your eye.

Personally, I don’t know how long I will be around but I’m not interested in how long I live, but rather HOW I live however long I have left.

It’s not how long we live that really matters, but what we do with the time that we are given which is why I choose to do what I love and give my best to the world and especially my family.

Many years from now, when my eulogy is being read I hope people say, “Now that’s a guy who really cared.”

Live your life to its fullest.

And if you believe in the power of prayer, please say one for my friend.

Dealing with life — and death — with courage

By JOHN KLINE THE GOSHEN NEWS

I can’t stop thinking about Heidi.

“Heidi” is Heidi Siemens-Rhodes, an acquaintance I made a few years ago, a woman I know from a couple of overlapping circles. She’s 37 years old and was recently diagnosed with a nasty cancer that often claims — sometimes within a few months — the lives of those who have it.

We both have Hondas.

When Heidi first posted for the greater world to see that she has cancer of the overwhelming variety, I was, like many, shocked. Normal thoughts — “What?! No. Why? Really? How bad is it? She won’t really die, will she? Can’t someone do something?” — tumbled in my brain.

My husband was quick to mention Heidi’s husband, Mitch. Imagine, my husband said, what all Mitch is dealing with. Morosely, I envisioned him a widower — and cried.

In short order, my Facebook page was aglow with pictures of candles lit for Heidi. It was a stunning display of friendship and support, in whatever way, for a clearly beloved woman.

I knew, then, I wanted to interview Heidi and write something — not sure what — about this next season of her life. With her precious time limited and so many issues pressing on her, she and Mitch granted me about an hour.

What a lovely 72 minutes.

MULLING OVER all of it, here’s what I’ve taken away.

Heidi is living an example of just how to handle a curve ball, a monkey wrench, a sharp turn in the road — whatever analogy works for you. So from Heidi I’ve garnered the “Four steps in how to respond to an otherwise dismal diagnosis with courage, grace and dignity.”

You’d better be confident ahead of time of who you are and who the Maker is before you face such a curve ball. Heidi doesn’t want to debate theology. I don’t blame her.

But she speaks, indirectly, of the sovereignty of the Maker, noting that many people suffer in many ways. This is just — can I say “just?” — the suffering she (and others) will bear. Heidi’s not angry and is working hard to help her boys not be angry either.

“I don’t want them thinking this is something God’s doing to us because He’s mad or something,” Heidi said through tears.

We’re not promised a pain-free life, and Heidi’s condition reminds us of that. Who are we to ask, “Why me?” rather than “Why not me?”

Like so many things in life and death, it’s better to not fight. That doesn’t mean lay down and die, so to speak, but denying the facts, demanding a certain outcome or resisting the pain usually make matters much worse.

I know this from personal growth experiences and from grueling childbirth experiences. The ones who fight the process have a harder time than the ones who embrace it. Funny, but embracing the pain makes it hurt less.

Heidi has embraced the facts — the scientific ones like her “odds” along with the phenomenal ones like people are miraculously healed of such cancers — without falling into an abyss of self-pity or resignation. She faces each day in its reality while yet garnering as much from each as she can.

Openness and vulnerability go a long way. Sharing your story — your triumphs and tragedies, your honest emotions, maybe even your physical symptoms — can be a huge blessing to others. Heidi has laid her life nearly bare for others to see.

At last check, some 20,000 hits had been recorded on her web-based journal. That’s probably something like several thousand people reading her raw, but eloquent words. Many of us are watching her and her family change. That’s a privilege, by the way.

Today and in the future, others can benefit by insights Heidi offers. She’s recording her voice for her children. She’s telling others, directly and on the sly, just how to work with life’s circumstances — whatever they are.

“I feel like I have a platform in some ways,” Heidi said. Yes, she does, and I, for one, am grateful she’s using it.

“I can’t imagine doing this without my community,” Heidi told me. “It’s been simply amazing.”

“Amazing,” I think, is that Heidi uses the word “amazing.”