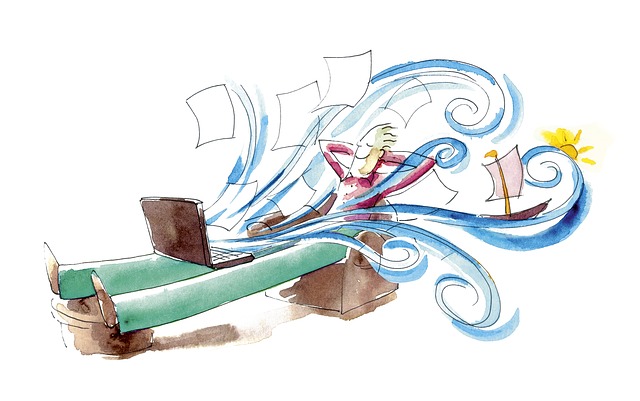 There is no one-size-fits-all. Some desire to climb mountains, some dream of building hospitals, some yearn to change the world, others are content just living a comfortable life.

No matter what we dream of there is one reality we must all face; that without money we must spend much of our time focused on making money rather than going after our dreams.

Many people think that we have to choose either wealth or happiness.

In my studies I have found that it is the people who figure out a way to combine their passion and their business are the ones who succeed.

I say that because our dreams keep us going through the dark nights.

And believe me, sooner or later, those nights will come.

The good news is we are no longer limited by location.

The Internet and all that it has brought with it has allowed the creative juices to flow and with the iPad2 and Kindle Fire being released this year, more and more people are taking advantage of all the Web has to offer.

There have never been more ways to become wealthy doing what you love than today.

It costs less than $100/month to run your website and offer services to clients all over the world.

Thanks to programs such as WordPress and SquareSpace it’s easy for even a newbie to establish an online presence.

As my mentor, Jim Rohn, was famous for saying, “Work full-time on your job and part-time of your fortune.”

Today, the later can be done from the comfort of our own homes.

All one needs is a computer, maybe a mic, a camera and we’re ready to rock and roll.

I must say that I’m personally interested in creating an app for the iPhone and iPad around an education / entertainment theme because I always believe that people learn best when they’re having fun.

However, I haven’t quite figured out just what I want to make.

Donald Mustard and his brother Geremy, on the other hand, knew they wanted to make games back in 2005 and were inspired to start their own company.

But it wasn’t until they released Infinity Blade in 2010 that they really hit it big.

In little over a year they have succeeded in making $20 million and the sequel is under development.

If that’s not a success story I don’t know what is.

They could choose to walk away having enough money to last them a lifetime, but when a person’s business and passion are one, then no matter how successful you become you keep going.

For Bill Gates or Donald Trump, it’s all about the contribution and the challenge.

They love what they do.

While I’m far from being a billionaire I do love what I do and would do it whether I was paid or not. (preferably paid – lol)

In fact, I wrote over 150 articles or about 400 hours on this site before earning a single dollar.

Most likely I will never retire as I simply love teaching. But what might change is who I teach, how I teach and what I teach.

While I’m not much of a Bible guy myself, I have never forgotten what was written in Ecclesiastes 9:10 “Whatever your hands find to do; do it with all your heart.”

I don’t think I could have said it any better myself.

Do what you love to do.

ps. I have included the article about the two brothers and their story for your perusal along with a video of their upcoming release.

Infinity Blade: How Two Brothers Made $20 Million From One Mobile Game

Infinity Blade is my favorite mobile game. I paid about six times more for it than I have any other iPhone or iPad app, and instantly knew it was worth it.

It’s not like Angry Birds, another favorite of mine, which requires a bit of analytical thought to figure out the fewest birds necessary for maximum destruction. Infinity Blade, made by Chair Entertainment, is about action, survival—and a quest.

It’s the game I play the most on any iOS device, so I was thrilled when…(to continue reading this article click here)